Buy us a coffee!
You are here: Home / Family / Five Fights to Let Your Tween Win

From the moment Briney started talking at the ridiculously early age of four months, people began telling me how dreadful the coming teenage years would be.

So I steeled myself.

This post, Five Fights to Let Your Argumentative Preteen Win, contains affiliate links for your convenience. This means that if you make a purchase using our links, we will receive compensation at no additional cost to you. Read our full disclosure policy.

I listened to parents of teenagers when they talked about parenting successes and failures.

I talked to the teenagers in our youth group about EVERYTHING.

I also felt pretty far removed from it all because my daughter isn’t even ten yet.

What everyone failed to mention is the struggle of the “tween years.”

The struggle is REAL.

If you’re not familiar with the phrase “tween,” Dictionary.com defines it as “a youngster between 10 and 12 years of age, considered too old to be a child and too young to be a teenager.”

That’s what I’ve got.

She wants to be older and do mature things, and yet, she’s still a little girl in so many ways.  And I want to keep her a make-up free freckle-faced little girl for the next couple of decades.

But since that’s not an option, I’ve had to say yes to some requests that seemed like an obvious no at first.  But in an effort to keep the lines of communication open between us, I’ve done my best to listen to her reasons and consider carefully what really matters.

When Brinley asked for deodorant last year, my first thought was, “No. That’s silly; you’re a kid.”

But I swallowed those words and said “Sure!” instead.

Her face lit up!

We picked up some nontoxic, aluminum free, deodorant the next week, and she applied it twelve times a day for about a week.

Then it was randomly put on when she remembered.

Now, she always wears it on Sunday when she dresses up for church, and she sometimes wears it at other times when she wants to feel mature.

Deodorant (not antiperspirant) isn’t going to hurt her at all.  It costs about $4.00. And it is something that I want her to use regularly when she’s older.

The only reason to say no to it was my own selfish desire to keep her my little girl.

I have about a dozen little lip balm balls floating around my life, and I share them with all the kids.  I can’t stand chapped lips, so chapstick has always been worn by all my kids.

But Brinley wanted her own, and she wanted RED.

As usual, my first response was “no.”

But after attending a pool party where several of the other fourth graders had mascara streaking down their wet faces, I decided red lip gloss was probably okay.

We picked some tinted Burt’s Bees, and she truly treasures it.

There’s something that breaks my mama heart a little every time she comes out of her room wearing that lip gloss because I know she’s dressing up.  I can’t really explain it other than it makes me sad to see her get dressed up to go out. 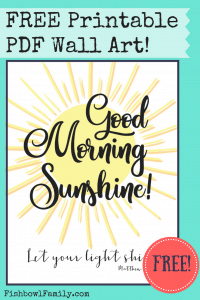 Brinley wanted a bra when she was seven because several other girls in her class wore them.

As an adult that can’t wait to get home and take mine off, this made no sense to me.

But we bought bralettes, and she wore them 24 hours a day for ten days.

Then she told me, “bras are kind of uncomfortable.”

She didn’t NEED them, but they aren’t inappropriate, so why fight it?

She came to the conclusion that I already knew – bras are uncomfortable and, at this point, unnecessary.

But SHE got there on her own.

It didn’t drive a wedge between us with me keeping her from having a thing she wanted and having multiple arguments about it.  Instead, she was able to experience it for herself and see that I was right.  Not only did she love the one on one time buying the bras, she enjoys the camaraderie of talking to me about how uncomfortable they are every time I take mine off the moment we walk in the door. 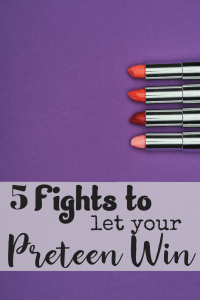 Have you ever noticed that a lot of moms and young daughters have similar hairstyles?

As girls get older, they often want to express their individuality with hairstyles.

Our only rule is that her hair has to be long enough for a ponytail.

But beyond that single rule, Brinley can choose her hairstyle.

She is in charge of styling it Monday – Saturday, and she’s getting better at it.  She’s even done a good enough job that I’ve let her fix her own her on a few Sundays.

She is also in charge of washing her own hair.  She sometimes gets in a hurry and doesn’t do a great job, but it’s okay.  She will learn that its hard to brush hair that you didn’t rinse the shampoo out of.

Besides, she’s not going to get her hair dirtier in the shower.

We’ve tried a new thing this year at bedtime based on the book Parenting with Love and Logic.

It’s a fantastic resource for parenting in a way that lends itself to natural consequences.

For other great parenting books, check out our post, Five Must Read Parenting Books for Christians.

Parenting With Love And Logic (Updated and Expanded Edition)

Brinley no longer has a bedtime, but instead has a bedroom time.

She has a time that she goes to her bedroom.

We still pray and hug and say goodnight, and then she is allowed to do whatever she wants in her room.

Granted her room is pretty boring.  There are no electronics or art supplies or games.

She can read, write, or color with colored pencils in her coloring book.

She has an alarm clock and we tell her what time she should go to sleep to feel good the next day.

But if she doesn’t, there are natural consequences.

And if those consequences don’t work, and she stays up too late too many nights, she gets cranky.  She treats us bad and then loses the privilege of having bedroom time.

And because of her boring bedroom, it’s pretty easy to enforce.

We take out the books and turn off the lights. 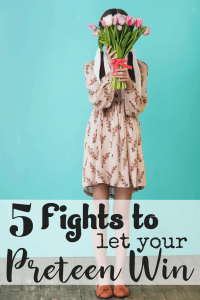 Seeing your little girl grow up is tough.

We want to hold tight and freeze time.  But holding too tight can be damaging.

They’ll end up feeling suffocated instead of safe.

And while there are certain things you have to take a stand on when parenting a preteen, consider carefully what matters.  Look ahead at her path and see where it’s going.

She will shave her legs eventually.  What age is okay with you?

Makeup is coming.  When can she start?

It’s totally fine to make them wait until a certain age, but have an age ready when they ask.

As much as I’d love to be an ostrich, bury my head in the sand, and pretend that my daughter is going to be a little girl forever, I love her too much to do that.

I love her enough to think of the future and let her take her first steps towards adulthood now.

I can’t wait to be beside her to teach her how to braid her own hair and how to remove red lip gloss stains from her t-shirts.

What fights do you let your argumentative preteen win?