Buy us a coffee!
You are here: Home / Culture / The Case for a Christian Halloween: Why Your Church’s Fall Festival is Pagan

The Case for a Christian Halloween

Halloween is a Christian holiday, or at least, it was.

Somewhere in the last few decades, Americans forgot that.

We gave up on Halloween, but it’s not too late to get it back.

We can still have a Christian Halloween. 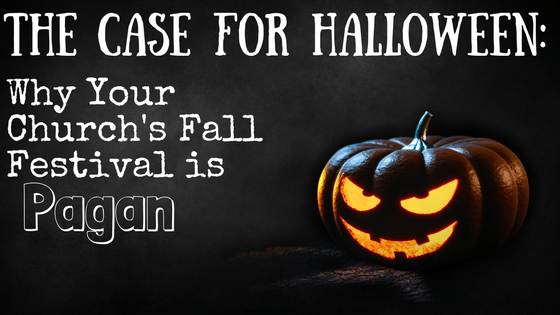 The celebration was started by Pope Gregory III between 731-741 AD as a day for Christians to celebrate the dead, especially saints, martyrs, and deceased believers.  It was originally a three day celebration called Allhallowtide or Allsaintstide. The heart of the celebration was All Saints’ (Hallows’) Day and All Souls’ Day.   The evening before was All Hallows’ Eve.

Contrary to what you may have heard it didn’t get it’s start thanks to witches in England or that time in 1556 when John Calvin dressed up as Ironman.  (Ok, I made the Ironman part up.  Someone else made the witches part up.)

This post, The Case fora Christian Halloween, contains affiliate links for your convenience. This means that if you click on a link and make a purchase, I’ll receive a small compensation. You can read our full disclosure policy here

This is the truth behind Halloween.

Now, let me give you four reasons why a church fall festival is pagan and a Christian Halloween is boss.

1. You are abandoning our Christian heritage.

For many American Christians, our heritage is that WE wrote the constitution on the Mayflower while Betsy Ross and her church sewing circle stitched together Old Glory and Thom Jefferson led a Bible study.

But believe it or not, our heritage predates ‘Murica.

Our faith and the celebration of it throughout the year united us with believers around the world.  Back before Christmas was crucified by commercialism, it had the ability to make people in politically motivated wars honor a spiritual peace and lay down arms to remember the advent of our Savior into this broken world.

While putting on masks, painting skulls, and eating candy is undoubtedly less powerful than Christmas, shouldn’t our children be connected to other believers around the world?  Shouldn’t they learn that Jesus wasn’t the only person that died for the sake of the Gospel?

Yes, I know Jesus and His death were unique in all of human history (see how I always capitalize His Titles and Pronouns), but He was the role model for countless believers.

I think there were tears in His eyes when He told the disciples in Mark 10, “You will drink the cup I drink.”

Believers around the world are still drinking that cup and you do not give them proper honor by having a festival to celebrate fall.

Sugar Skulls - Day of the Dead: A Stress Management Coloring Book For Adults

2. Your fall/harvest festival is a lot more pagan than sacred.

When, in the scriptures do we see the passing of seasons celebrated?

If you guessed the worship of Ba’al, you’re a winner.

The celebrations of Ba’al and Asherah were to appease the deities so that they would grant fertility and an ample harvest.

In fact, pagan celebrations around the globe coincide with solar and lunar phenomena because they revered the sun and moon as deities and the only thing that seemed close to a unique interaction with these deities was when they went through a seasonal change.

You see, Ba’al never walked among his followers.  He didn’t teach them.  Nor did he heal them.  He certainly didn’t die to impute righteousness to his followers.  (Notice the lowercase pronouns. Disrespek!)

The Feast of Tabernacles celebrates when God provided for His people in the wilderness.  It is a historical reality.  Hanukkah celebrates the rededication of the Temple.  It actually happened.  So it is with all Judeo-Christian holidays.  The Passover happened.  The crucifixion and resurrection happened.  The virgin birth happened.  Yes, we celebrate Easter/Passover based on a lunar cycle, but both celebrations point to a specific historical event.

Pagans celebrate in the hope of finding favor.

Christians celebrate because history shows that we have already been given unmerited favor.

*Let me remind you of some other historical events.

Jan Hus was burned at the stake for preaching against indulgences and the crusades.

William Tyndale was strangled and burned for teaching the truth about a king’s divorce.

Stephen won an argument with some people at a synagogue and they had him charged with blasphemy, convicted, and crushed to death by stones.

In April 2016, Ding Cuimei, wife of the Rev. Li Jiangong, was standing in front of a church trying to stop the government-ordered demolition of the building when she was bulldozed into a ditch and buried alive.

The Daniel Dilemma: How to Stand Firm and Love Well in a Culture of Compromise

Might these historical events be worthy of our remembrance?

3. The spirit of Halloween is victorious, and your harvest party is so Ned Flanders I want to vomit.

While celebrating the faithful dead, Halloween was a way to laugh in the face of death.  Halloween says, “put on a mask and tutu and do the Macarena (or Stanky leg depending on your preference).”

Halloween says, “scoff at death because it is not the end of the line for us anymore.”  In fact, after death we will celebrate like never before.

Some experts point to the preexistence of Gaelic and Celtic harvest time celebrations and see syncretism or a blending of Christian and Pagan culture, but that is ridiculous.  Their beliefs and Christian beliefs are diametrically opposed.  They cannot blend.

The pagans held beliefs about the activity of the spirit and fairy worlds that Christians absolutely reject.  They prayed for survival through the winter, meanwhile, Halloween celebrating Christians say, “give it your best shot death.”  Christians should (and some do) have no fear of death.

That’s St. Paul saying don’t fear the reaper.  So put on a luchador mask and go do the electric slide. (St. Paul keeps it old school on the floor.)

So what is the spirit of the Har-viddly-est Festival?

You say, “Let’s give the kids an alternative to the darkness of Halloween with all of its recognition of death and frightening depictions of fictional monsters.  We don’t want to do anything that might scare the children.”

Paul: A Man of Grace and Grit (Great Lives Series)

Look, Halloween is a cultural reality in the United States.  Millions of kids are going to be going door-to-door looking for something good.

What would happen, if we didn’t turn up our noses at our neighbors and say, “We don’t do Halloween,” but instead we did Halloween better than everyone else?

It is our holiday after all.

Think about what might happen if you gave out full-size candy bars with a note that said, “Everyone loves a candy bar, but my savior is sweeter by far!  Come learn about Him this Wednesday night at North Orange Baptist Church!”

What if your Sunday school class set up a grill in someone’s yard and gave out hotdogs?

Or you could set up a photo booth and use a nice camera to take pictures of kids with their parents and post them on your church’s Instagram.  The parents would then follow the church’s Instagram and you would have a direct line of communication to families in your neighborhood.

If your family is going door to door, give something back to the people giving out candy.  Shake their hand and thank them for being kind to your children.  Hand them a pre-printed thank you note from your kids.  Hand them an invitation to the church’s Thanksgiving luncheon or Christmas musical.

Use Halloween as a time to serve together as a family.

We can reclaim Halloween’s roots.

Let’s celebrate the victory of life over death and life after death.  We can honor our brothers and sisters who did not shrink from death, who cry out from under the altar, “How long, O LORD!”

Or we can retreat into the comfort of our white-washed paganism.

As for me, I’m dressing up as Hans Solo and going to Whip and Nae Nae like there’s no tomorrow because one day I won’t have a tomorrow, and that suits me just fine.

What are your thoughts on having a Christian Halloween?  Tell us in the comments!

WANT TO REMEMBER THIS LATER? PIN THE CASE FOR A CHRISTIAN HALLOWEEN TO YOUR FAVORITE PINTEREST BOARD! 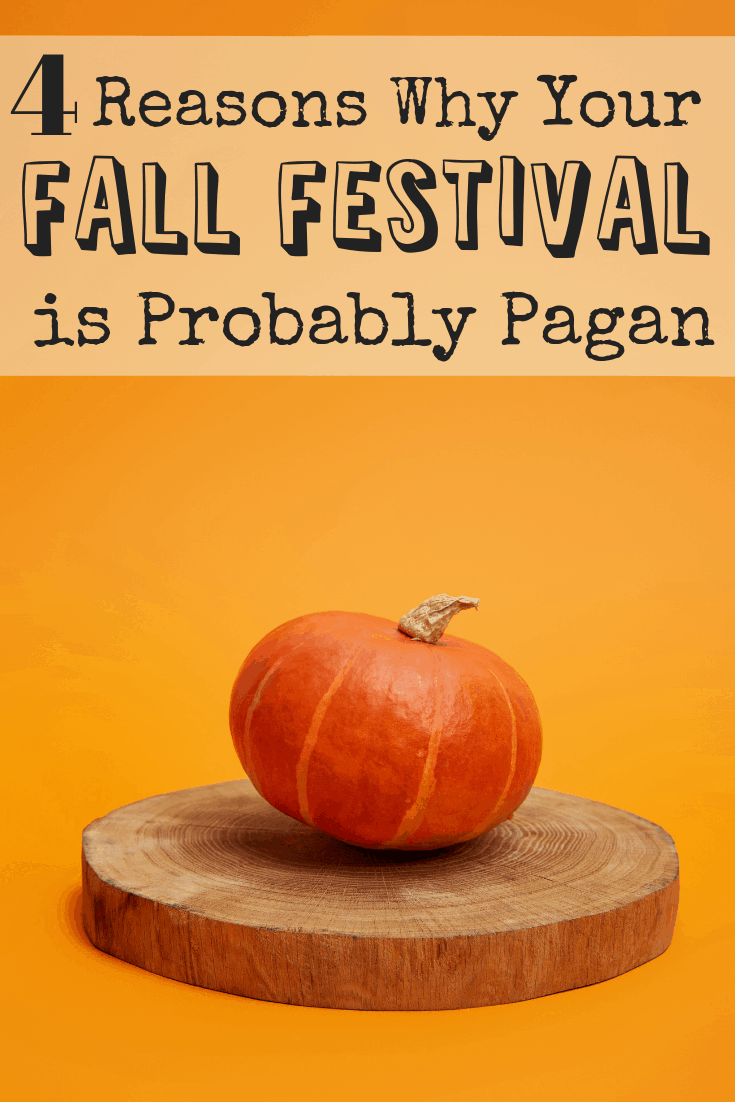 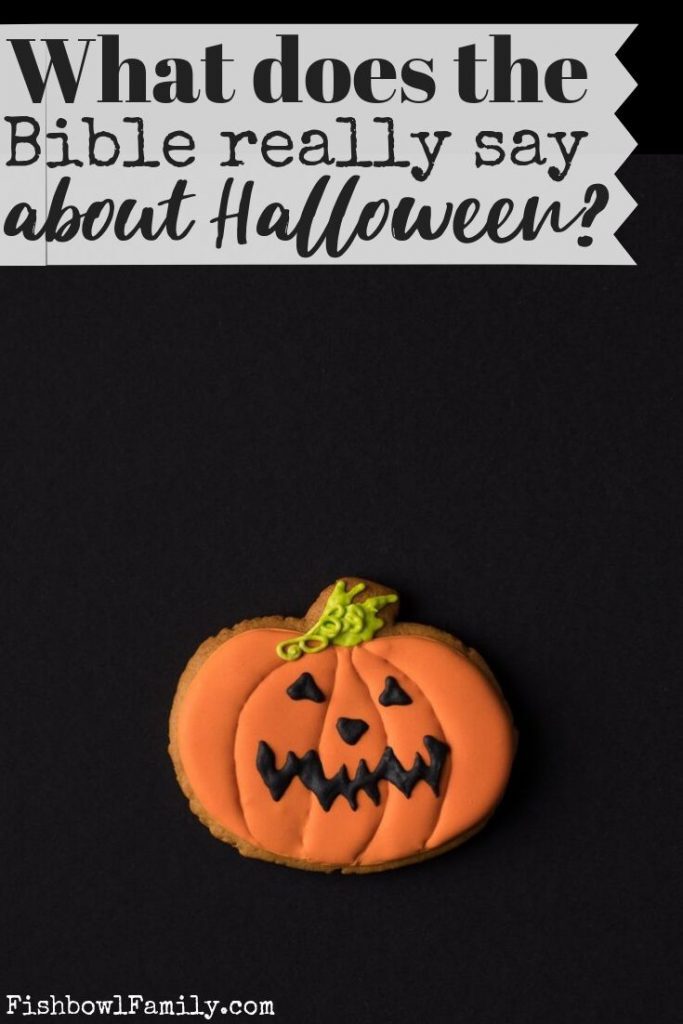 The Best Books to Teach Apologetics to Your Kids

Are Pastors Really Held to a Higher Standard?

How to Talk to Your Pastor About His Kid

Preacher’s Kids: A Bad Rap or an Earned Rep?