Buy us a coffee!
You are here: Home / Ministry / Dad's A Pastor / When Being in Vocational Ministry Sucks

Can I just be honest for a moment?

Sometimes, being a pastor’s wife sucks. 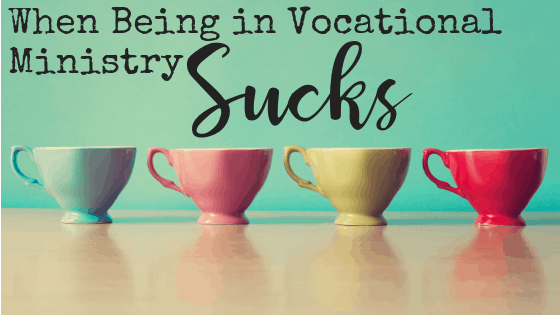 This post, When Being in Vocational Ministry Sucks, contains affiliate links for your convenience. This means that if you make a purchase using our link, we will receive compensation at no additional cost to you. Read our full disclosure policy.

Most of the time, I love it.

There are so many amazing things I get to be a part of that have a lasting eternal impact.  I get to teach scripture, I get to counsel people through problems, and a thousand other things.

But today, those expectations suck.

My son, Dax, is in kindergarten this year, and it has been a truly horrible year.  He started the year able to read, write, spell, and do basic addition and subtraction, and that has ruined his year.  He’s been bored and, consequently, has become a behavior problem.

I taught public school for six years so I totally get it.  Nobody likes the kid who is bored and a behavior problem.

But he’s not just a behavior problem.

He is smart, kind, funny, and a million other positive adjectives.

And I want to storm up to the school and demand that he be tested.

I want to demand that he be given special accommodations.

I want to demand that he have an IEP (Individualized Education Plan) that states his teacher must at least pretend to like him.

Because she doesn’t like him, and he knows it.

And that is the thing that breaks my heart.

My wonderful son knows that the woman who he spends a precious 7.5 hours of his day with, dislikes him.

Incidentally, he hates school, and he acts out at home.  He cries every morning when we get him to get ready.  He moves as slowly as possible, trying to be late.  He finishes his homework begrudgingly and zips through his 8-page reader with comments like, “It doesn’t matter if I do good on this.  Mrs. Blue still won’t like me.”

And I try to tell him that’s not true.

But he is smart, and it is true.

And because my husband is a pastor, I cannot go to the school and raise hell.

I cannot threaten to involve the state because my son’s educational needs aren’t being met.

I cannot make the demands for testing and accommodations.

I cannot complain my way up the levels of the educational bureaucracy to demand that a teacher’s aid not be the only adult in his class for the majority of the day without ruffling feathers in our small community.

I can’t because everything I do is being viewed as the model for Christianity.  It feels completely unfair.  I’m literally having to sit back and watch my son suffer.

But as I think about it, that situation is very familiar.

Isn’t that exactly what God did for me?

He watched his son suffer unbearable abuse and then DIE.

So, today when I go to Dax’s book fair, I’m going to smile at his teacher, buy an overpriced book that my son will read in record time, and then leave without saying a word.

Because there are no words I could say that will make her like him.

There are no demands I can make, that will trick him into thinking his teacher suddenly cares for him.  He will finish out this school year with a teacher that dislikes him, and he will always remember his terrible kindergarten year.

But hopefully, he’ll also remember that this year he gave his heart to Jesus and became a Christian.

That despite all of the unnecessary hardship of this year, he made the most important decision of his entire life.

So even though my husband’s vocation is preventing me from being a jerk to the people who are being mean to my son, I will still rejoice that I get to serve a God who loved me enough to watch his son suffer so that I could avoid spending an eternity suffering. 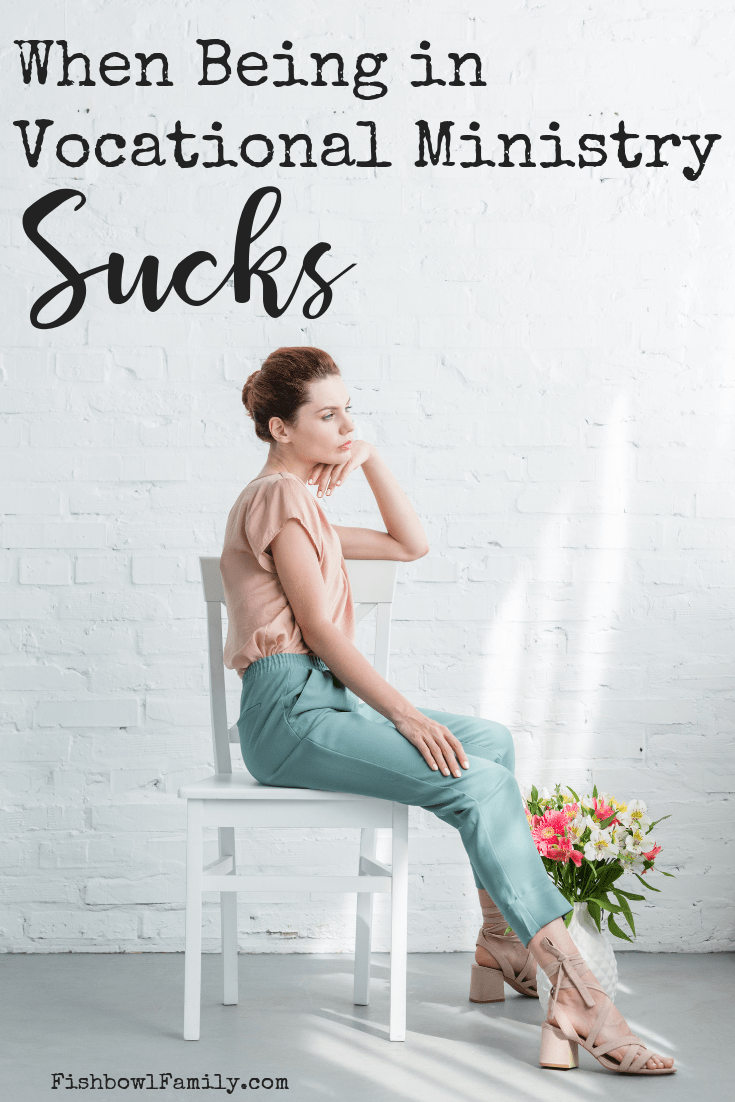 And perhaps the difficulties of this school year had an effect on Dax’s choice to commit his life to Christ this year.  Maybe this suffering was necessary for him to fully grasp the amazing sacrifice that was made for him.

Have you ever had a season where ministry sucks? How did it turn out?  Share it in the comments!

« The Sushi Season of Life: Finding Joy in Hard Seasons
10 Tips for the Adoption Process »